House At Dirk Cove for a private client, County Cork

The architect has responded brilliantly to the challenge of producing a building that would match the striking beauty of its site. Reference is made to 'beautiful shards of metamorphic rock that finger out to the sea from the base of the small cliffs'; the new building, which adds to the conversion of the boathouse and coastguard's cottage, produces a built shard of its own, distinctive but responsive to the geological forms around it. The judges said: ‘This stylish and accomplished private house extension is a worthy winner of this year's award in a strong field. The architect has exceeded the client's expectations, delivering an intelligent and spacious project that maximizes light and connects and enhances the existing eighteenth- and nineteenth-century stone buildings On this stunning former coastguard site. It is also a testament to Niall McLaughlin's thoughtful skill and vision that the entire scheme sits naturally in its striking setting, avoids cliché, and successfully frames a series of delightful views with panache and élan. Ultimately, this is a housing project of enviable stature and a worthy yet subtle addition to a ruggedly beautiful - but unforgiving – coastal site.’

“This project is a house on the west coast of Ireland. Located in a small harbour looking North-East across Dirk Bay and sheltered by Dundeady headland, the existing cottage was part of a small complex of buildings associated with the boat slip for the old coastguard’s station. The architectural strategy was to design a building which allows for a maximum appreciation of the natural environment, whilst remaining almost invisible from the public road which skirts the bay. The existing cottage spaces were refurbished as bedroom accommodation, with a new extension set against a thicket of mature trees. The spaces together enclose a central lawned garden. The new extension, in contrast to the squat proportions of the existing cottage, stretches out to the horizon, with a linear geometry reflecting the surrounding rock strata. The living room is arranged around a bespoke cast concrete dining table, with an associated window seat almost cantilevered out over the ocean. Sitting here, facing the seascape, one feels part of the force of the building driving out towards the horizon.” 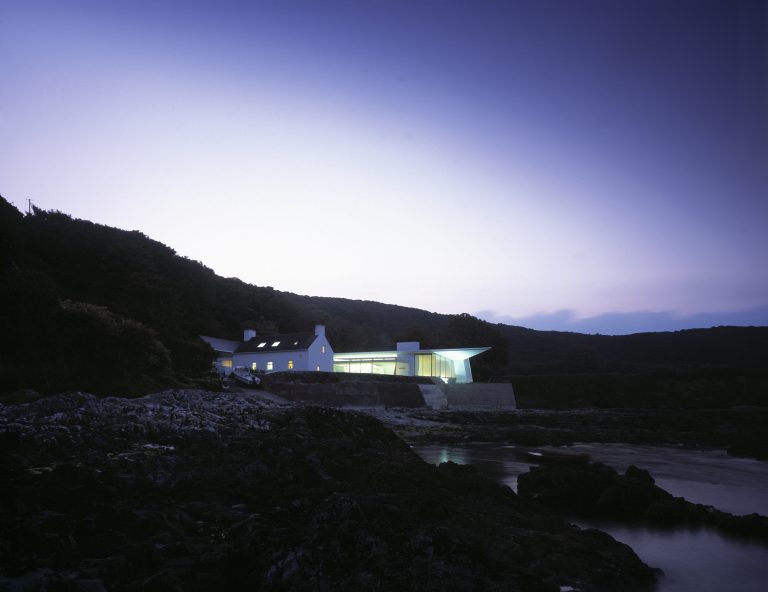 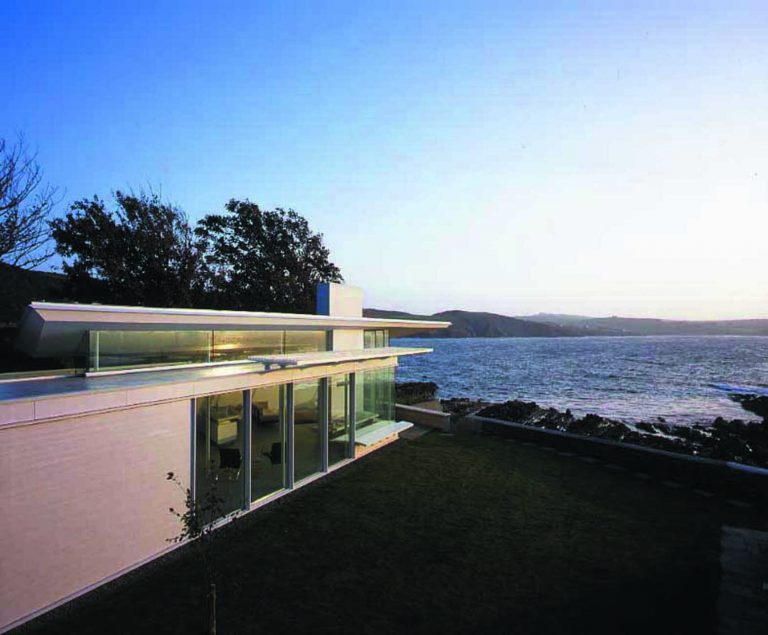 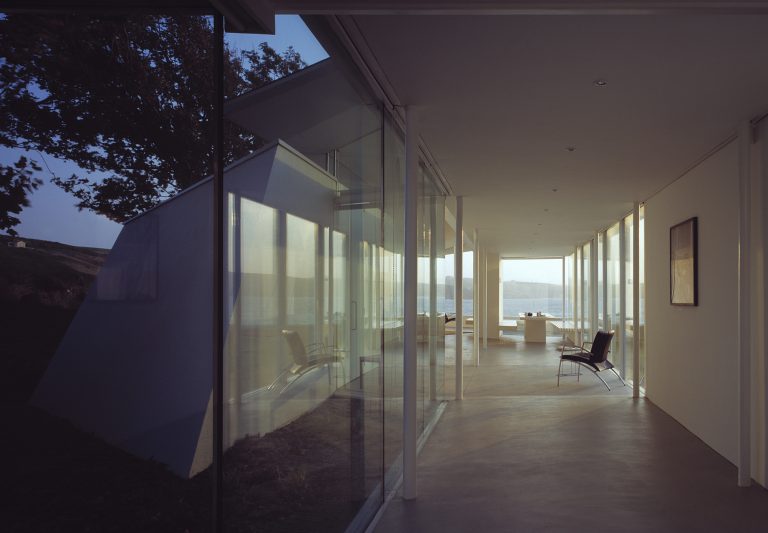 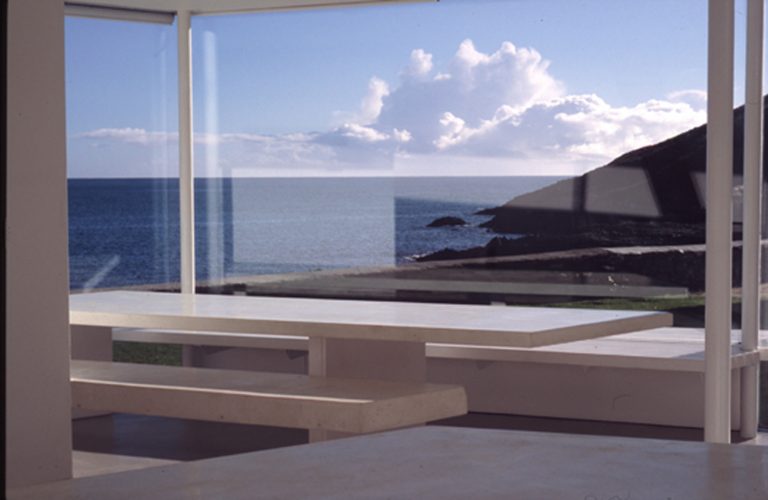 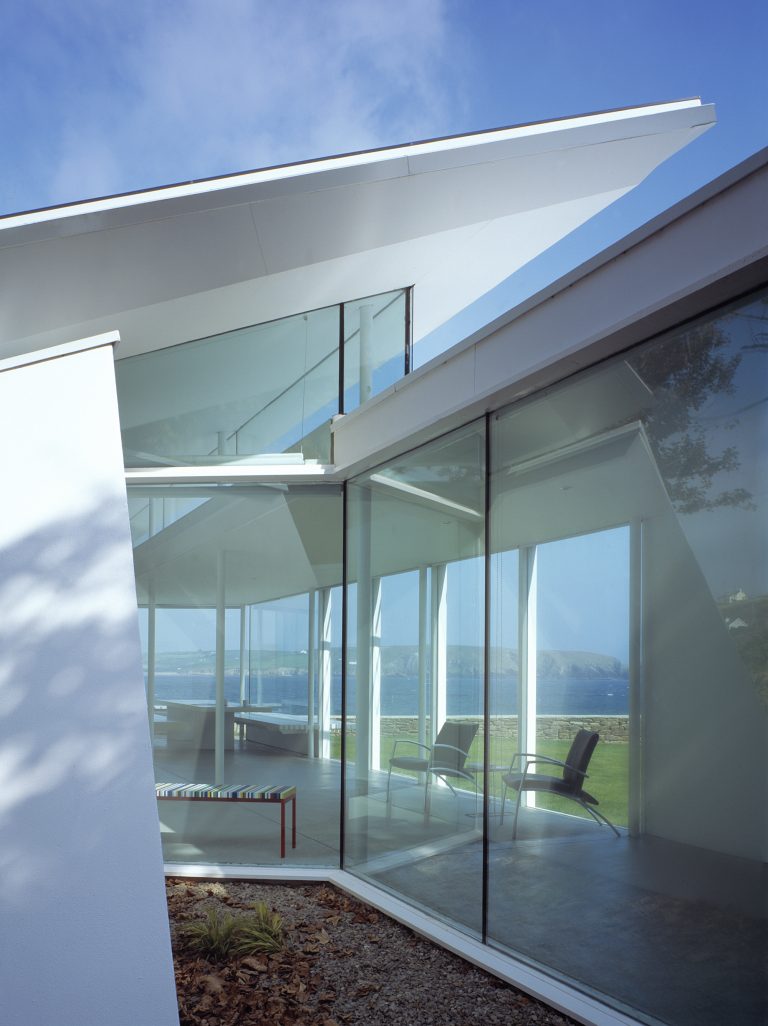 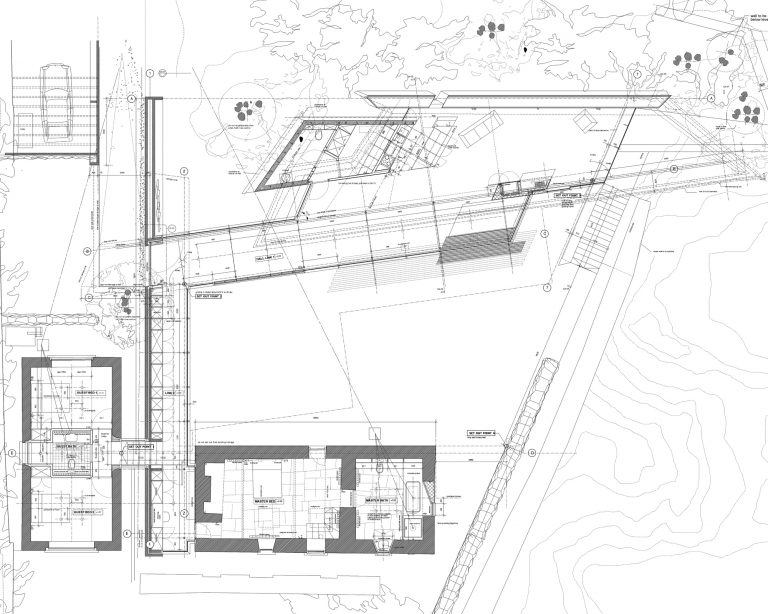